We have a network of excellent consultants, a majority of whom we have known and worked with for many years. Rust provides individuals or teams of personnel to deliver first class solutions to your project needs. By operating either an employment or a self-employed model for our consultants we ensure the appropriate corporate and income taxes are dealt with in all the international and domestic locations they operate in. All public and employers liability insurances are arranged as necessary for both offshore and onshore operations on a worldwide basis.

Over a period of 11 years from 2000 until 2011, Rust Resources provided a team of up to 60 Project and Construction Management personnel for the two phases of the Q-Chem development, from design to start-up, (a total project value in excess of $3bn).

The work was carried out in Houston, Paris, Milan and Korea with the full team ﬁnally consolidating in Qatar itself.

The Q-Chem facility is a world-class integrated petrochemical plant capable of producing high-density and medium-density polyethylene (HDPE & MDPEO), 1-hezene and other products, using state of the art technology.

Additionally, Rust Resources personnel led a large multi-discipline team of engineers, technicians and inspectors, ensuring the scope of work was achieved in accordance with the contract requirements

The Rust Resources personnel were involved in all areas of the project including:

Full engineering of all process, instrumentation and electrical elements of the project, facilitating MODC’s 3D models and Ergonomic reviews, were also part of the scope. Co-ordination of vendor/supplier inspections on a worldwide basis, for compliance with project speciﬁcations and safety in design, formed a huge part of the work.

Of particular note, Rust Resources also implemented and managed the safety program for the full project. A major achievement was overseeing 42 million working man hours with only 0.02 OSHA Recordable, an extremely low ﬁgure. 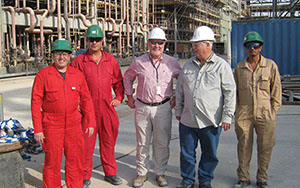 The Tengiz ﬁeld in western Kazakhstan was discovered in 1979 and is now one of the world’s deepest producing super giant ﬁelds.

Rust Resources were contracted by Tengizchevroil for the construction and pre-commissioning phases of a de-bottlenecking project to enhance a crude oil stabilisation plant from 6 million to 8.5 million tons per year.

Included in the Rust Resources scope was responsibility for the control and management of engineering, construction, project schedules, WA/WC, QA/QC pre-commissioning and hand over to TCO operations for acceptance by the local Kazakhstan regulatory bodies. This was a fast track $212 million project with many inherent problems, from material shortages to workforce culture, and was successfully completed on time and within budget.

In addition to the technical side of the work, Rust provided assistance in the management of the camp, the facilities and personnel support. This included: 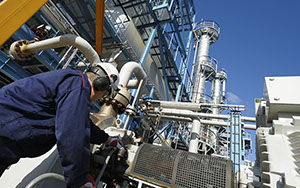 Rust Resources began work in China in 1995, initially offshore on the Xi Jiang project, and then on the Jin Shan Wei Polyethylene project.

Subsequently they were awarded a Project Services contract by ConocoPhillips China Inc for a major part of their Peng Lai Phase II project, which comprised of six offshore production platforms. Rust Resources were the only company on Phase I of the project to be contracted for Phase II.

Peng Lai is the largest offshore oilﬁeld ever discovered in China, identiﬁed by the government as one of the country’s most important development projects across any industry sector.

This was a project with a budget approaching $3 billion and included responsibility for the successful completion of onshore fabrication, pre-commissioning and lead-out of 2M bbl FPSO, riser and utilities platform decks, bridges and three wellhead platform jackets and modules for PL-19.

The team provided by Rust Resources was initially based in Houston, Texas, where they took part in the design of the facilities, the prequaliﬁcation of the twelve fabrication contractors for the project, established fabrication and installation contracting strategy and the overall construction schedule. Subsequently coverage extended to Amsterdam, Florence, Melbourne, Korea and China itself.

In China, teams were established in Beijing, Shanghai, Tanggu and Yantai for management procurement, FPSO, jacket/module fabrication and drill rig fabrication respectively, ﬁnally culminating in the offshore installation in Bohai Bay. The teams included a considerable number of national workers whose scope was to manage the safety, quality schedule and cost of the project. Training of local staff was carried out which followed established international safety and quality standards. 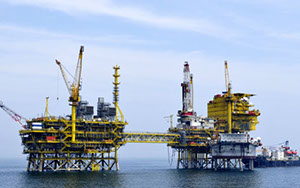 In 1994 Phillips Petroleum awarded a contract to Rust Resources to provide a range of services to the Capital Projects group at the Sweeny Reﬁnery in Texas. This has subsequently been extended to include the Operations Group for assistance with Construction Supervision and Planning, both before and during annual maintenance shutdowns. To date this work has had a combined estimated value of $250 million, and continues into the foreseeable future.

Major projects during this period have included: 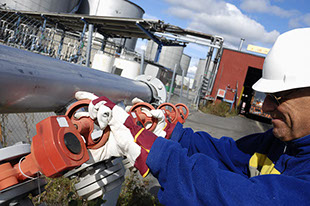 Rust Resources can trace its history of working in Norway back over 30 years. During this time we have dealt with almost all of the major operating companies with significant projects in the region. The often hard won experience gained during time leaves Rust Resources in a very strong position. We have provided senior technical personnel to work on project design, the construction of jackets, topsides and modules through to installation and commissioning and in some cases to decommissioning, redesign and replacement.

These projects have entailed the provision of senior project technical personnel on a contract basis across a wide range of disciplines. All key aspects of the personnel recruitment and management process are dealt with by Rust from suitable candidate identification, screening and mobilisation to providing accommodation; insurance and fully compliant tax management. Rust has handled teams of over 80 personnel at once during this time.

Rust has established a record of compliance with tax authorities (including the Oil Tax Office) in Norway and has used the same Norwegian accountants and tax advisors for over 30 years. We have experience of obtaining National Insurance Contribution exemption certificates where applicable, in some cases for up to 6 years when the norm is much less.

A number of the projects worked on have been pan European involving periods of work in Holland, Germany, France, Italy, Spain, Ireland, The United Kingdom and Norway.

The operating companies worked with include:

Rust has had teams in: 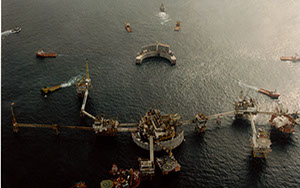 Members of the Rust Resources team were contracted to start the decommissioning of the steel gravity structure Maureen from its North Sea location in 2001. This was a £200m+ project that was delivered on schedule and within budget.

The Rust team formed a large and significant part of the overall team that was responsible for the removal of the structure from the field, dealing with the relevant authorities in respect of crucial environmental issues and ultimately the safe dismantling and disposal of the entire structure.

A senior Rust team member was the superintendent on board Maureen when it was moved around the West and North coast of Scotland to its final destination of Stord Island north of Stavanger in Norway.

Fourteen Rust Resources personnel worked on the project and their responsibilities included developing the decommissioning strategy and removal procedures, clean up and abandonment of the platform and subsea elements, obtaining the necessary permits and consents compliance, liaising with the relevant government departments and authorities and the related (extensive) public relations management.

The team worked in Aberdeen, Shetlands, Oslo and Stord Island. Rust managed all onshore and offshore insurance, taxes, travel and accommodation for its team throughout the 4 years of the project.

Other recent decommissioning projects that Rust Resources team members have been involved in include:

It is interesting to note that Rust Resources personnel were a large part of the construction management team that commissioned Maureen in the early 1980’s a true ‘cradle to grave’ operation for Rust Resources! 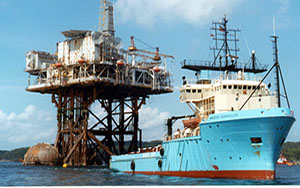